They may have a disability or ongoing medical needs, or they may have come to us at a very young age and not have their own family or territory to return to. Some may have suffered cruelty or abuse and need a place of love and sanctuary.

These animals stay at TOLFA and become our special shelter animals, like those featured here.

Odin is a mature dog who was admitted to TOLFA with a maggot wound on his face. We were able to clean and heal the wound but sadly Odin lost his eye. Because of this and his aloof personality we decided Odin would fare better at TOLFA.

Suraksha the camel was less than a year old when he was found alone on the road outside TOLFA. Our staff brought him in, and he’s been here ever since. Originally Suraksha (meaning ‘safety’ in Hindi) was suffering from mange, camel pox, and malnutrition – probably the reason he was abandoned by his owner. It has taken a long time, but Suraksha is now at the peak of good health and is one of our most well-loved shelter animals – he even has his own Instagram account. For some reason Odin and Suraksha have become great friends and are often found hanging out together. 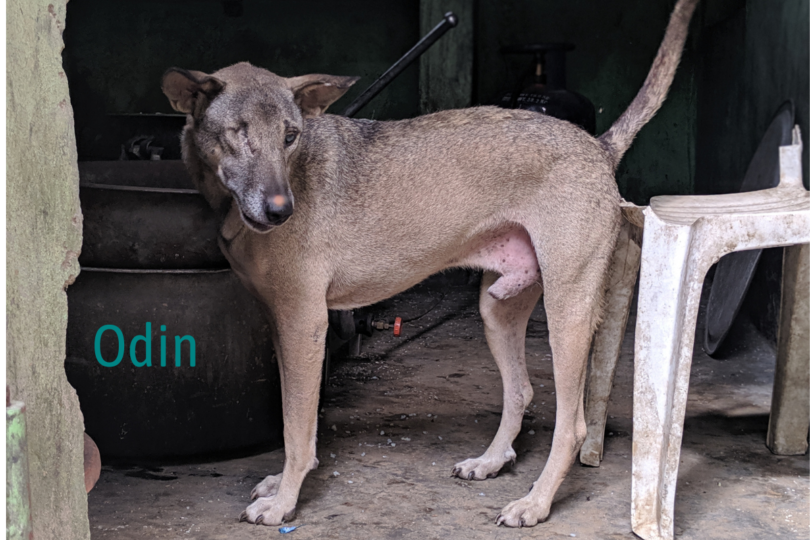 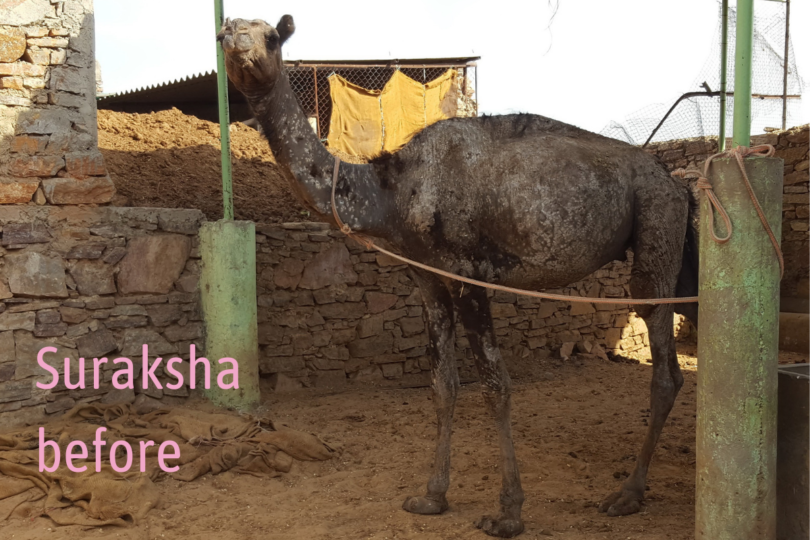 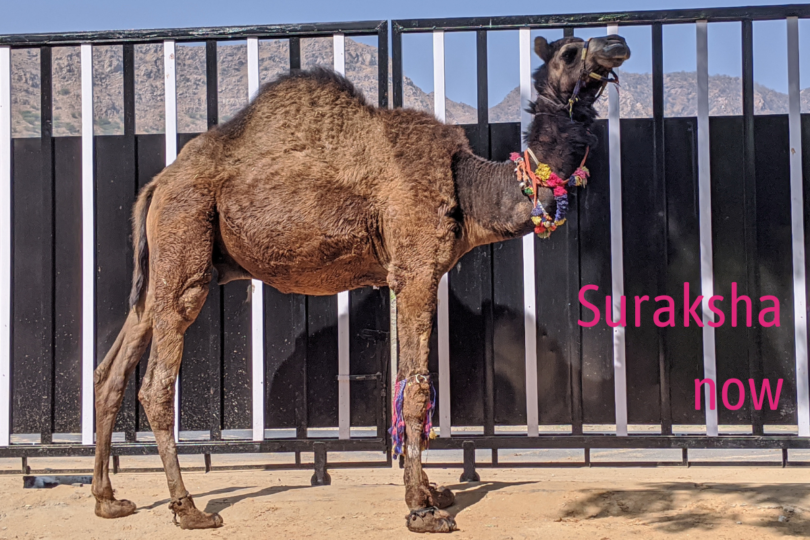 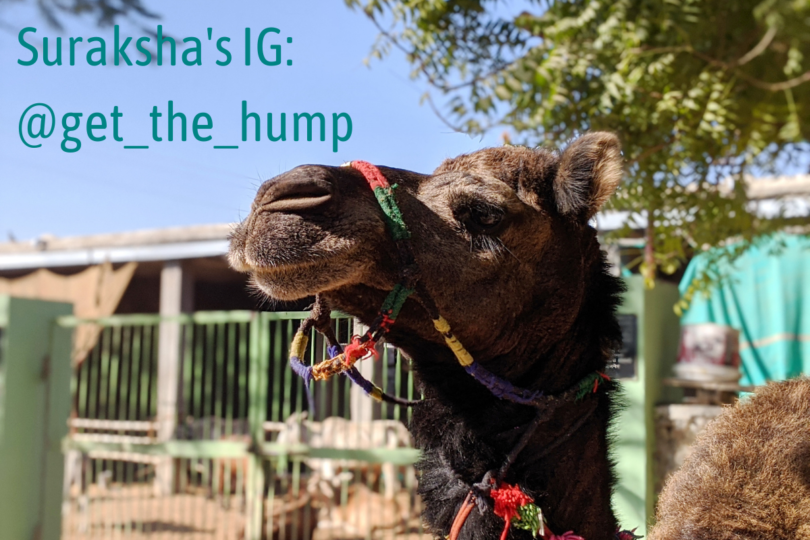 Mandy is a friendly busy-body who always likes to know what is going on. She has rickets which has caused the deformity of her legs. Rickets is most usually caused by Vitamin D or Phosphorus deficiency, although it can also happen when there is excess calcium in a puppy’s diet.

Rickets causes abnormal growth of the bone-plates causing the ‘bowed leg’ deformity. We have seen many dogs with rickets, but we hope with improved education and animal diets this will reduce. Mandy would have struggled to survive well on the streets – luckily, she loves all the comings and goings at TOLFA.

Merlin is a big dog who still thinks he’s a puppy! Merlin had an accident when he was younger and had to have a partial front leg amputation. He is one of our many shelter dogs getting about on less than 4 legs and we’re happy to have him as part of the TOLFA family. 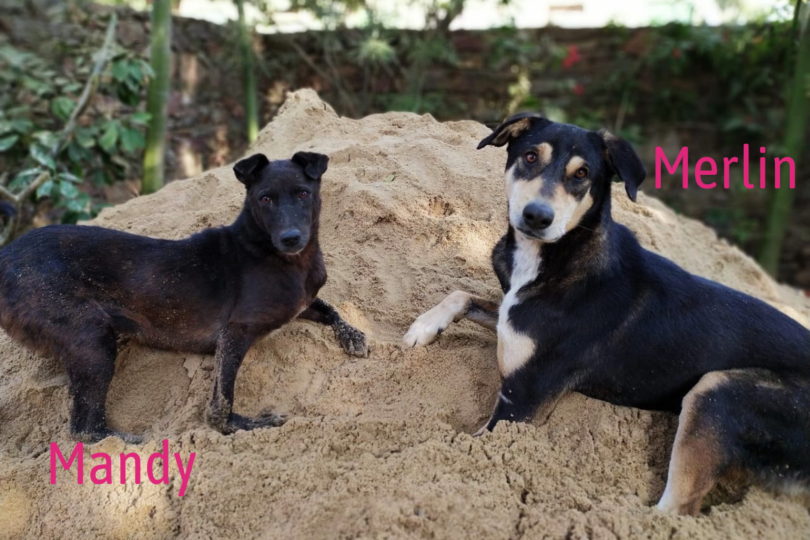 Milo is one of our longest serving residents here at TOLFA. He arrived originally with a severe leg fracture that was open through the skin, and it was a long road to recovery. Like many of our other equines he’s now a ‘wonky donkey’ but that doesn’t mean we love him any the less – in fact he fits right in here at our sanctuary of imperfectly perfect animals. Milo is available to sponsor. 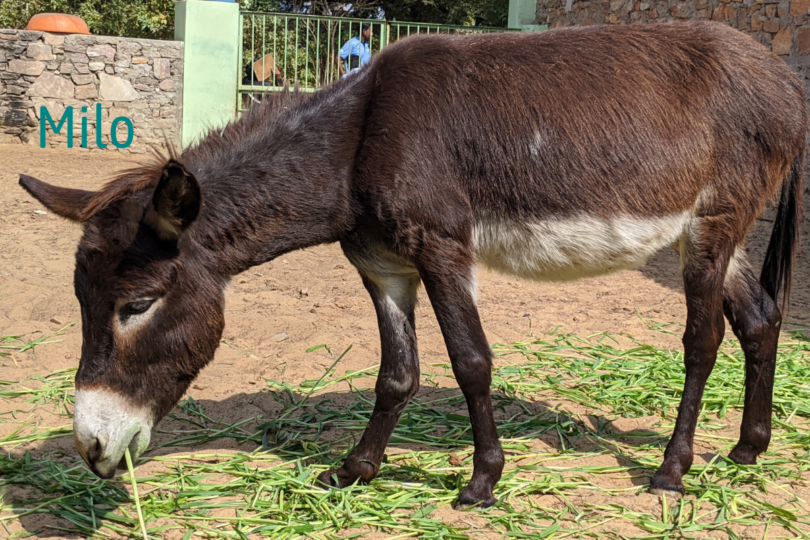 Cherry came to TOLFA because she had sustained an injury to her neck that caused damage to the nerves.  It means that her head is always slightly cocked to the side as if she is listening intently to what you are saying.  She is extremely boisterous and playful.
Bubbaloo is very diminutive in size for a street dog. She had distemper when she was a puppy and so has the familiar bounce.  She also had an injury to her leg and so it sometimes crosses and looks like she is holding out her palm, neither of these stop her from enjoying life.  She is very soft natured and likes to follow you around. 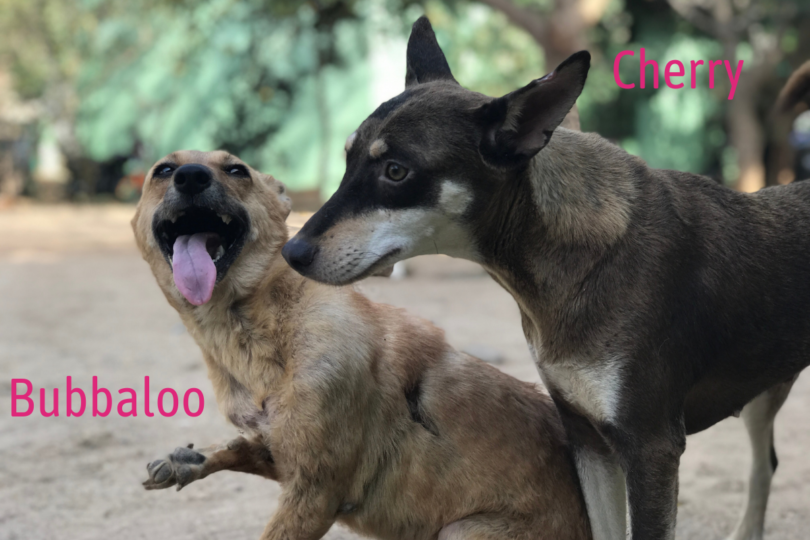 These two are like brothers from another mother.
When Simpi was rescued he was terribly thin, dehydrated and one of his front legs was partly missing and being eaten away by maggots. He was immediately treated for shock but his remaining stump was so badly injured that it had to be removed.
The amputation was a success and Simpi has now adapted very well to life on three legs. Our nurturing team helped him through his rehabilitation with physio and exercise. Simpi made himself so at home that he’s stayed on as a shelter cat – he particularly enjoys sitting on a blanket in Rachel’s office and watching all the comings and goings.
Simon arrived here as one of 4 kittens for adoption but he was actually quite sick when he came in (losing weight, dehydrated and suffering from anaemia) and so had to have a long course of treatment. By the time he was better he was too big and no one wanted to adopt him. He had settled in well with the other cats so ended up staying!  He has a very shy nature and only likes to be touched on his terms, unlike Simpi who is a complete flirt! 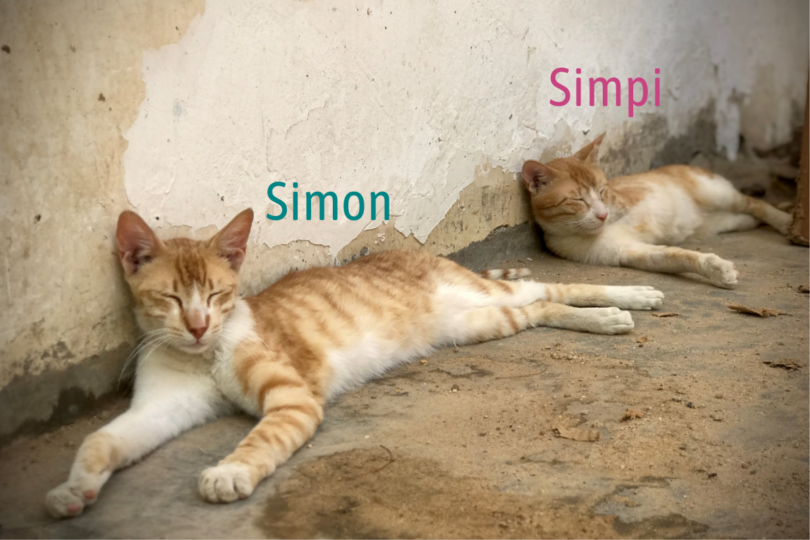 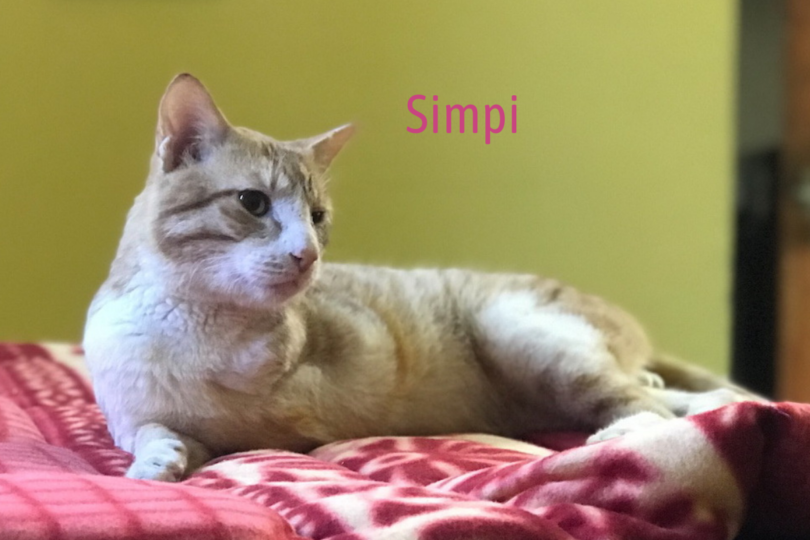